The Origin: Over the last decade, a number of cases were brought before the Court of Justice of the European Union (CJEU) which seeks to challenge the calculation of holiday pay on the basis that reference to normal salary alone potentially places few workers at a financial disadvantage during periods of annual leave.

The case in focus: A sales consultant with British Gas, Mr. Lock has claimed in the employment tribunal that he was owed money on the basis that his holiday pay did not show what he would have earned from results-based commission. In addition to his basic pay, he is paid monthly commission, which fluctuates based on his sales achievement.

The “Lock and another v British Gas Trading Ltd” case moved from Employment Appeal Tribunal (EAT) to The Court of Appeal which in October 2016, ruled that holiday pay must include compensation for any results-based commission that would ordinarily be earned by a worker.

Some employment lawyers are warning that the findings may never become part of UK legislation, this is due to UK exiting the European Union due to Brexit. The case is due to go back to the tribunal to decide some remaining aspects such as the actual amount (if any) due to Mr Lock.

What does this mean for businesses?

Going forward, businesses should be cautious taking into account commission and overtime when calculating holiday pay for certain workers, who have variable pay components in their remuneration package. It is, however, unclear how employees will prove that the overtime they do is essential to their job.

Ideally, proactive employers should immediately begin to factor in overtime and commission into holiday pay. HR departments and employers should be discussing with their payroll providers to determining whether current payroll systems are able to process this change in calculations.

They could also consider updating or clarifying employee handbooks or employment contracts to reduce any doubts or ambiguity.

And as a precautionary measure, it may be a good idea for employers to calculate the maximum liability for all employees who may be covered under this ruling, so that they may be prepared for any financial liabilities.

Ok then, what should employers include in statutory holiday pay?

As of now, this is how things stand:

Holiday pay – how far back can employees claim?

What do businesses say?

Many business lobby groups including the Institute of Directors (IoD), the British Chamber of Commerce (BCC) and the Federation of Small Businesses (FSB) have criticised the ruling, saying it will put a huge strain on businesses.

Conclusion: With the impending Brexit we need to wait and watch if this ruling may be jeopardised as this is based on EU law.

Use PBS to create and submit your P11Ds 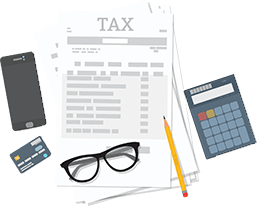